Why does the Neighbourhood Watch work and sometimes not work as it should? 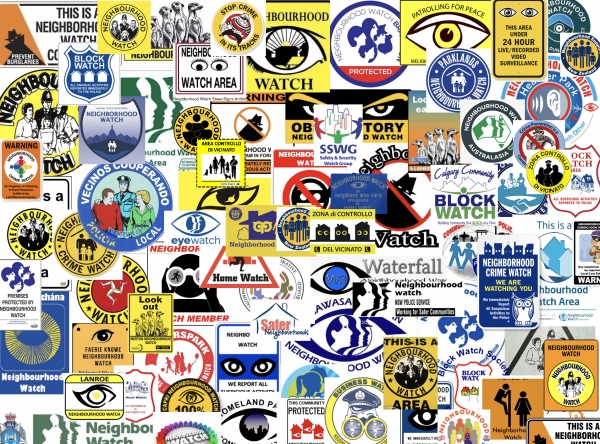 The protagonists of Neighbourhood Watch are citizens who are committed to protecting their assets and their safety, using their natural ability to interpret the micro context they live in.

Neighbourhood Watch is an activity that residents can put into practice quite easily and that has its foundation in the criminological theory of Situational Prevention. We refer in particular to the Theory of Routine Activity, elaborated in 1979 by Felson and Cohen[1]. This theory is useful for illustrating the dynamics and functioning of the Neighbourhood Watch. From this theory it is also clear that it is not enough to exercise surveillance on microenvironments with neighbours, but that it is also necessary to pay the utmost attention to the structural and environmental vulnerabilities of our homes and our and our neighbours’ behavioural ones. These vulnerabilities always represent opportunities for offenders. To this end, police and organisations in Europe that promote Neighbourhood Watch and the culture of prevention, provide residents with manuals and publications that help them identify, remove, or mitigate vulnerabilities so as to reduce opportunities for offenders and risks for residents.

Why does sometimes the Neighbourhood Watch not start?

In European countries where Neighbourhood Watch is a mature experience, the police are aware of how valuable citizens' participation in the safety of their communities is. In these countries, in recent decades, there has been a change in public debate that has led to the widespread belief that crime is a trait that characterizes the social structure in different forms and ways, and its prevention can not only concern institutions, but must involve all sectors of society. In other countries, mainly in southern Europe, it is still widely believed that it is the State which must guarantee the security of citizens, with a rigid interpretation of the social contract: "I pay taxes and the State must protect me". In these countries, the participation of citizens in the security circuit is viewed with perplexity by institutions and law enforcement agencies (discovering the causes would be an interesting research topic). The reasons can be complex and different from country to country, but we think that there is a reason common to all: the idea, erroneous, both among citizens and institutions, that in some way, the participation of citizens in the security of their communities can represent an interference with police activities. Fortunately, this perplexity does not correspond to the reality of the facts. Neighbourhood Watch (at least here in Europe) categorically excludes among its activities the patrolling of public roads by private citizens, the collection of information, and the conduct of investigations on suspicious people. Neighbourhood Watch develops its prevention and surveillance programmes within private and shared spaces that normally do not fall within the scope of routine police surveillance. In our homes we can freely choose which passive prevention tools to use to make it safer. We can monitor our private spaces, together with our neighbours, without it representing in any way an interference with the activities of the Police. Indeed, the participation of citizens in security only extends the surveillance capacity of the territory, covering spaces and areas that the police wouldn’t be able to control (private spaces closed and inaccessible to the sight of the police during the patrolling of public roads) and where, unfortunately, most predatory crimes take place. Another possible common cause, whose correlation with the absence of Neighbourhood Watch should however be demonstrated, concerns the lack of trust of citizens towards local or national institutions. It is true that prevention activities of the Neighbourhood Watch can work even without the support of local institutions or the police, but surveillance activities would be ineffective if, in case of problems and criticalities, they could not count on the prompt intervention of the police. The reasoning "of course I do prevention, but when I call the police, they do not arrive" is a widespread feeling and that can discourage the participation of citizens in the safety of their community.

Other reasons why Neighbourhood Watch may sometimes fail to take root

There are also other reasons why the Neighbourhood Watch does not take root or does not work as it should. Some are related to residents' lack of interest in the program, or to the presence of a high rate of conflict between residents that in fact prevents any form of collaboration. Other reasons may refer to law enforcement agencies or local and national institutions that may decide not to support Neighbourhood Watch. They fear that these groups will turn into, or even arise as, protest committees, for example due to the lack of security in their neighbourhood and develop a conflictual relationship with institutions rather than a cooperative and complementary one. Here, of course, we are not questioning the sacrosanct right of citizens to protest if the quality of services does not live up to expectations or standards, but we highlight the fact that a protest committee disguised as Neighbourhood Watch, or a Neighbourhood Watch group that becomes a protester, will certainly have problematic relations with local authorities and law enforcement.

Last but not least, an obstacle could be represented by the presence in the territory of other forms of surveillance systems managed by organized crime. We are faced with a problem fortunately not very widespread in the European global scene, that in some cities makes the intrusive presence of organized crime problematic in the territory. In these areas the police patrol and operate with strengthened security protocols and the Neighbourhood Watch groups present on the territory could come into conflict with the organized crime networks from which residents may fear reprisals (real or only feared) whenever they call the police to report a crime, effectively disturbing the criminal business. Some factors limiting the development of the Neighbourhood Watch can be overcome with good information campaigns organized by institutions, law enforcement agencies or social organizations present in the territory (even better if done all together) to try to restore mutual trust between police and citizens, encouraging the latter to consider the possibility of their commitment to the prevention and surveillance of private spaces.

However, we remain convinced that alongside a strong demand for security (which seems paradoxical in the face of a steady crime decline throughout the years in Europe - with an almost vertical collapse during the last two years of the pandemic), there is a desire for citizens to participate in the safety of their communities, a desire that should be encouraged.

The Neighbourhood Watch has proved to be a formidable tool in the field for the prevention of petty crime and the active participation of citizens. We therefore invite institutions and law enforcement agencies to support the existing and emerging experiences of Neighbourhood Watch and to promote the program where citizens are not aware of it.

Look at our presentation on the subject