The dilated time of the Crisis 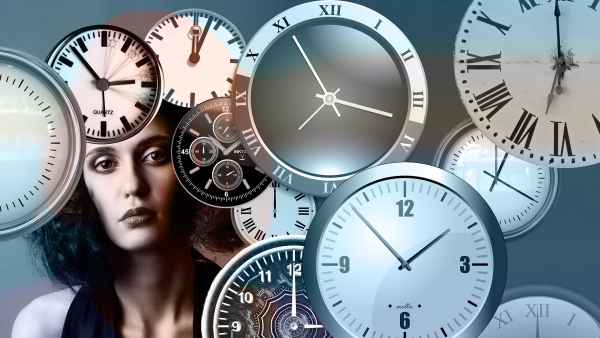 We have been taught that the time of a crisis does not exist in terms of uniformity and timeline, because in a crisis, time becomes the beating of useful actions to contain the damage and make people and territories safe again. Actions are taken with immediacy, between the occurrence of the early signals and the manifestation of the critical episode. Actions then follow one another, in order of priority, in an authentic flow of acts and communications that can no longer and must not be stopped, just like those mountain fountains in which water gushes out spontaneously without being artificially extracted.

The time of the crisis is not scheduled on the timeline because, if it was possible, actions would be performed in concert, all in unison: I manage the consequences, I support the people and areas affected, I search for the causes and contain any reputational damage. All together. Since simultaneity cannot be managed, actions are performed according to strict priority logic. The episode that generates the crisis or catastrophe, even when it causes long-term damage, is normally short and intense: an accident, a flood, an earthquake, a fire, a bankruptcy, a bereavement...

But these 100 days of war, added to the 700 of the pandemic, clearly suggest that one of the 'new elements' to be understood and managed is time. That time that has changed us and will never make us the same again.

The ancient Greeks already taught us that the perception of time changes and that objective and subjective time do not coincide. In extremely dangerous situations, time slows down and moments become eternal. This distortion is created by our memory because more critical events generate more memories and therefore the mind perceives a longer time. To the effects on memory and emotions, fatigue must be added. A fatigue which comes suddenly and that brings with it a progressive and understandable indifference. The number of articles and reports devoted to the war has decreased eightfold since the beginning of the conflict, and interactions on social media have dropped from 109 million to 4.8 million. Levels of attention and concentration on risks and consequences have declined, and clocks continue to record the simple passage of time trying to shift and neutralise, on the symbolic horizontal line, the sinusoidal curve with its alternating sharp peaks.

Time has become part of the crisis too: an off-stage voice, but an undisputed protagonist that, once again,  forces us to face fatigue, since the risk of remaining defenceless and weakened in the desperate attempt to imagine a crisis coming to an end is too close and too dangerous. That is why, in the books we are going to write about the lessons we have learned, under the heading 'prompt and immediate reaction' we will also add 'danger of adapting to the level of risk', a new parameter that will have to be taken into great consideration, because indifference and fatigue are threats that leave open the risk that someone could always take advantage of the time factor.